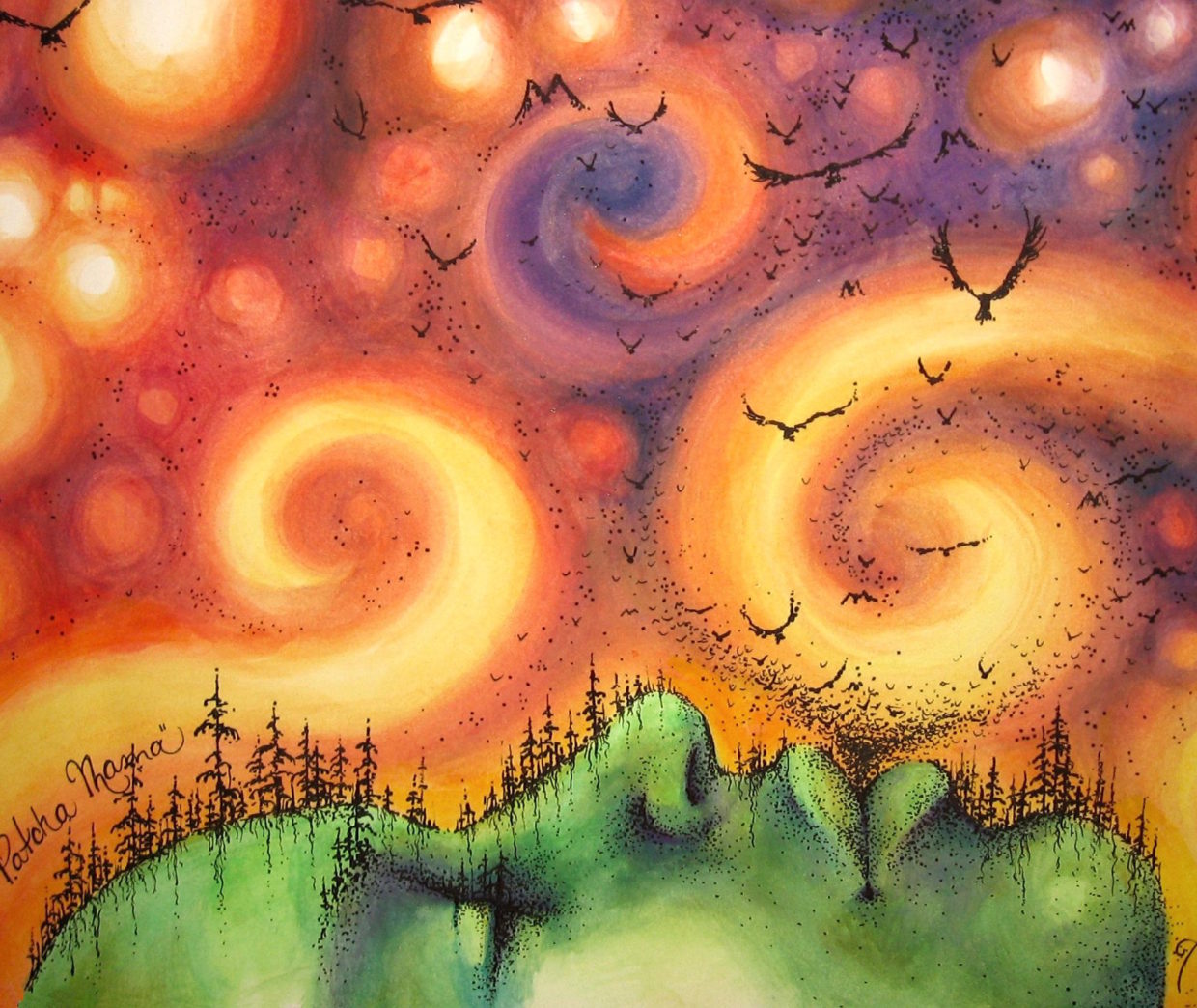 A small selection from “The Witch’s Name”

Heart’s Blood Tavern had indoor plumbing, which, according to Scoas, made it a rare building in the town. The toilets were composting toilets, however, so the scent of human waste combined with peat overwhelmed Silva’s sensitive nose. She entered the stall and did her business quickly, trying to ignore the pong of the room. There was one sink and a small mirror of that same polished stone. While she washed her hands, she noticed she was more fleshed out than she had been the day before. Minae food worked quickly.

She turned to leave and stopped dead, horror making her veins run ice cold. Above the door was another animal head, someone’s idea of decor.

Its muzzle was posed open in a silent snarl, its ears flattened back on its head, and it was made to look vicious around the eye’s epicanthic folds — but this was all a lie. She reached her hand up to touch the soft fur. It was too high up. She couldn’t reach.

The scent of fear and death hit her then; it had been masked before but now that she gazed upon the source it was so clear she reeled. She ran back into the stall and vomited what was left of that morning’s breakfast.

This wolf had died in fear and pain and she hadn’t been here to help.

She hadn’t been able to help so many of her children on Terra, too. The mortal humans had shot them from planes, poisoned them, hunted them near to extinction. They had been saved from that fate only by dint of constant fighting, fighting by Silva herself and her one or two human followers, mortals who knew about her existence, who wanted to help save her children, who themselves often lived with wolf-hybrids. Silva had petitioned the Twins to save her cubs: they finally listened and moved all the wolves off-planet. She doubted they would ever have done so, had it not been for the strengthening arguments of a few other gods who had a soft spot for wolves. The Morrigan, Hecate, and Odin were the big three who had argued on Silva’s side. Had she ever properly expressed her gratitude to those deities?

On Tau Ceti, the wolves had been placed far enough away from human settlements to be relatively safe. But when human populations expanded, as they invariably did, would that safety eke away?

If she never got home, the Cetian wolves might meet the same fate. And this time she wouldn’t be around to stop them from going extinct completely.

She shook with helplessness and fear. There was nothing she could do. She was trapped here in mortal form, and her children might all die. The thought made her sick again.

When finally she exited the bathroom, after having rinsed her mouth thoroughly, she felt scrubbed out, hollowed, empty. A gourd left in the rain after All Hallows Eve; burned on the inside, destined for the compost heap to rot away in ignominy.

She tried to hide her distress when she got back to the table. Their food had arrived by that point and a man she’d never seen before stood beside the table and chatted with Scoas and Natai, occasionally giving Brinna a predatory smile. Brinna seemed less than pleased with the man’s attentions but she was unfailingly polite.

Silva instantly disliked the man. He smelled wrong and his bearing positively screamed his arrogance.

Scoas noticed Silva’s return and made introductions before Silva could escape.

The man’s name was Kaz; he gave Silva an exceptionally oily smile. He was a hunter — the best in Heartpin, apparently. “You must have seen my prize trophy,” he said to her, folding his arms over his chest. Silva politely raised her eyebrows even as her stomach churned with dread. “The wolf’s head hanging in the privy. Got that bastard over a year ago. Scoas bought the pelt.”

Silva felt like fainting. She barely heard what Scoas said: “It’s a very nice pelt, too; we simply love it.”

“There’s a secret to get the best pelts, Scoas my man,” Kaz said, winking at the farmer. “Would you like to know it?”

“Excuse me,” Silva said, brushing past Kaz and heading for the door. She knew the secret for the best pelts and if she heard Kaz tell them exactly how he’d tortured the young wolf whose head hung in the bathroom, she might kill him right there in the tavern.